Articles » What Is Custody Transfer? - A Detailed Guide

What Is Custody Transfer? - A Detailed Guide 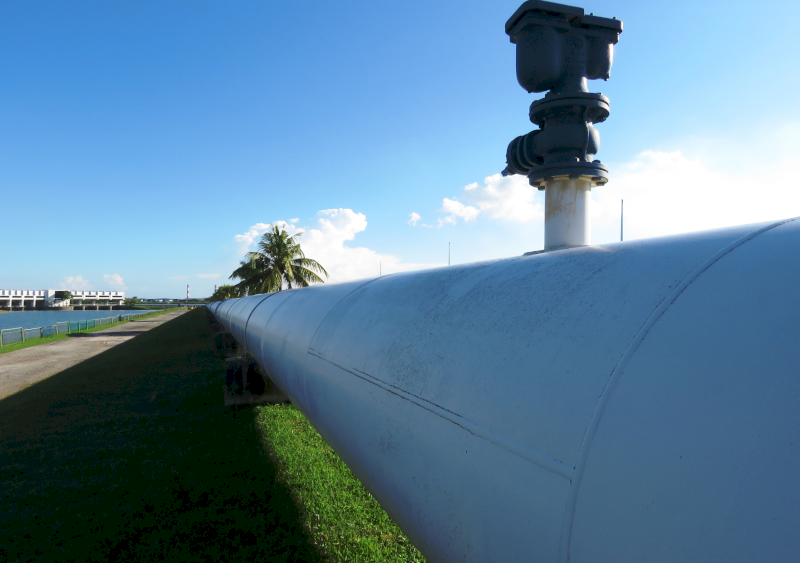 In the oil and gas industry, did you know about the most accurate technology being used for transferring liquid products from one owner or producer to another? Yes, it's a custody transfer.

What Is Custody Transfer?

In manufacturing industries, transportation and receiving raw materials, goods, and liquid substances is a day-to-day job.

However, transferring any raw material, liquids, fuel, or physical substances between tanks, tankers, ships, or any other segment requires a proper channel, so all the materials are transported with accurate measurement.

Custody transfer in the liquid industry does not only involve the transaction of fluid from one place to another, but it also includes accurate fluid measurement before and after the transfer using flowmeter devices.

How Does Custody Transfer Work?

During the process of fluid transfer, custody transfer flow meters are used to measure the mass or volume of the liquid before and after the transfer process to assure accurate measurement of the fluid.

Components of A Custody Transfer:

A custody transfer point isn't just a vehicle that transfers liquid, but it is engineered as an entire metering system to perform various functions, for example, transfer and flow measurement of fluid.

The crucial requirement for custody transfer is accuracy and repeatibility. Hence, gaining approval from organizations for the transfer between both parties and the use of equipment like flowmeters during the transfer is necessary. Approvals are given by organisations like NMI's (National Metrology Insitutes). Flowmeters should also be compliant to organizations like American Petroleum Institute (API) or American Gas Association (AGA).

Hence, the metering system selected for custody transfer must meet the requirements set by the organizations mentioned above.

Why Is Accuracy Important In Custody Transfer Measurement?

The ability of the flowmeter to measure to the nearest or actual value of the flow is termed accuracy. During custody transfer measurements, the accuracy of the meter and measuring system is of utmost importance.

Because of the large amount of fluids being transferred and the high value of these goods, the measurement system in custody transfer must be highly accurate, properly designed as per the oil industry standards.

Moreover, payment is usually made based on the amount of gas or liquid fluid being transferred. Hence inaccuracy or small measurement errors can easily cause financial loss to the parties.

Nowadays, four types of flowmeters are available and mainly used for the custody transfer of liquids.

Following are the four types of flowmeters:

When the ultrasonic signals travel from one side of the pipe to another and come back, it is called a path. If the signal travels directly through the pipe without any bouncing, it will be called a one-chord path. On the other hand, if the ultrasonic signals bounce back from the pipe wall or anything else, it will be considered a multi-chord path. However, multi-chord paths (multi-path ultrasonic meters) offer an advantage in that it causes the flowmeter to measure the flow at multiple locations of the pipe.

As the name indicates, turbine flow meters have a rotatory mechanism. Its rotor consists of propeller-like blades which rotate as the liquid passes through it.

Unlike ultrasonic flowmeters, turbine flow meters have moving parts, but it offers the same linearity as other technologies with a notorious advantage: repeatability.  Ranging from 0.04% (5 runs) to 0.02% (5 runs), this latter one being the Master Meter class repeatability.

To avoid wear and tear, or inaccuracy, durable materials such as Tungsten Carbide, Titanium are used in Helical turbine meter technology.

Faure Herman is the global specialist

Faure Herman is the global specialist for designing, manufacturing, calibrating and servicing helical turbine meters with applications across the oil supply chain.

Ultrasonic flowmeters work on the principle of transit time. The difference in time when ultrasonic signals are transmitted from the first transducer (present on the upstream of the meter body), crosses the pipe, and reaches the second transducer (present on the downstream of the meter body) is measured. And the difference in the transit time becomes proportional to the fluid velocity.

Compared to others, ultrasonic flowmeters offer a wide range of benefits because of which the use of this flowmeter type is growing steadily in the gas and oil industry.

The benefits of ultrasonic flowmeters are:

As fluid passes through the Coriolis flowmeter, the oscillating flow tube undergoes additional rotation due to the liquid's inertia. The vibration produces Coriolis force which is used for measuring the mass flow rate of the fluid passing through the tube.

The tradeoff of Coriolis Flowmeters is the overall footprint as well as the pressure drops.

In the liquid industry, custody transfer takes place whenever fluid is being exchanged between two parties. Accuracy and repeatiblity is of great importance during the process of custody transfer for both parties while transferring and receiving the product because a slight error can cause financial loss to industries. Hence, accurate flow measurement is a critical requirement during the transfer process.